Promotevents recently attended the the Baltimore Boat Show, which according to their website, is Maryland’s longest-running boat show! It was apparent from the start, that this show had been around a long time, due to the well organized experience upon entry. While we attending day 2 of the 4 day trade show and got there at the 10am start time, the crowd hadn’t started pumping in quite yet. This was probably due to the weather, which was on one of the colder recent days and very windy as well. The crowd began to pick up around lunch time and only got busier as the show progressed throughout the day.

One the main things that stuck out to our team beyond the amazing water crafts and boats, were the people at each booth. Everyone was extremely kind and welcomed us with a laid back attitude that must come from spending time on the water. Whatever the reason, it was a refreshing atmosphere that has encouraged our team to head back for another day! 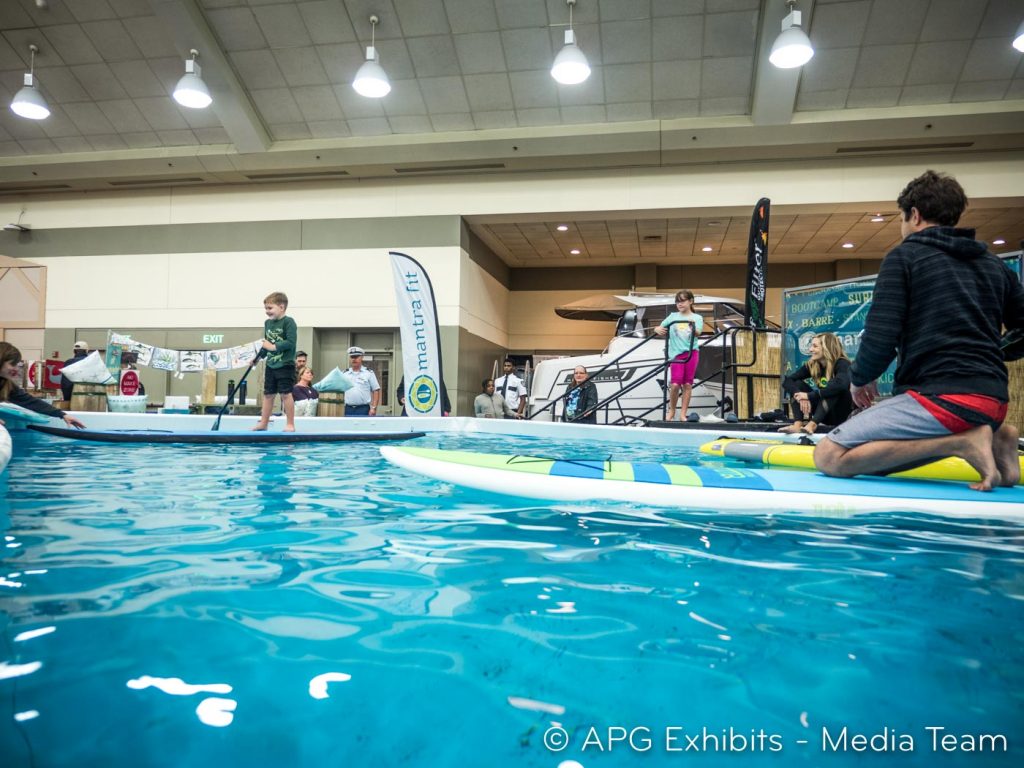 Attendees can browse booths showcasing the latest in engines, marine electronics, accessories fishing tackle and gear, and more. There really was something for everyone, including educational seminars and kid-friendly activities. We loved watching a few kids, and adults, try the paddle boards which were provided by Mantra Fit Company from Severna Park MD, in a real pool! The fact they did it full on street clothes was a bit risky, as we’re sure they did not bring and extra set of clothes, should they have fallen in!

Out of all of the trade shows our company team members attend throughout the year, the Baltimore Boat Show really stood out by the sheer size of the exhibits and obviously all the massive boats. Preparing for a show of this size must be a logistical challenge to say the very least. Exhibitors are well aware that a huge amount of their budget when exhibiting comes from material handling and drayage costs. This show must have been a good reason we didn’t see extremely high prices exhibit booths and signage. The other fact is, it really wasn’t needed besides have a few signs or hanging displays with their company logo, as the boats said all that needed to be said!

Some of the highlights of the show are listed below along with company information for those interested in what they see. There were many impressive boats and products at the show and our team wished they could have met and listed them all. 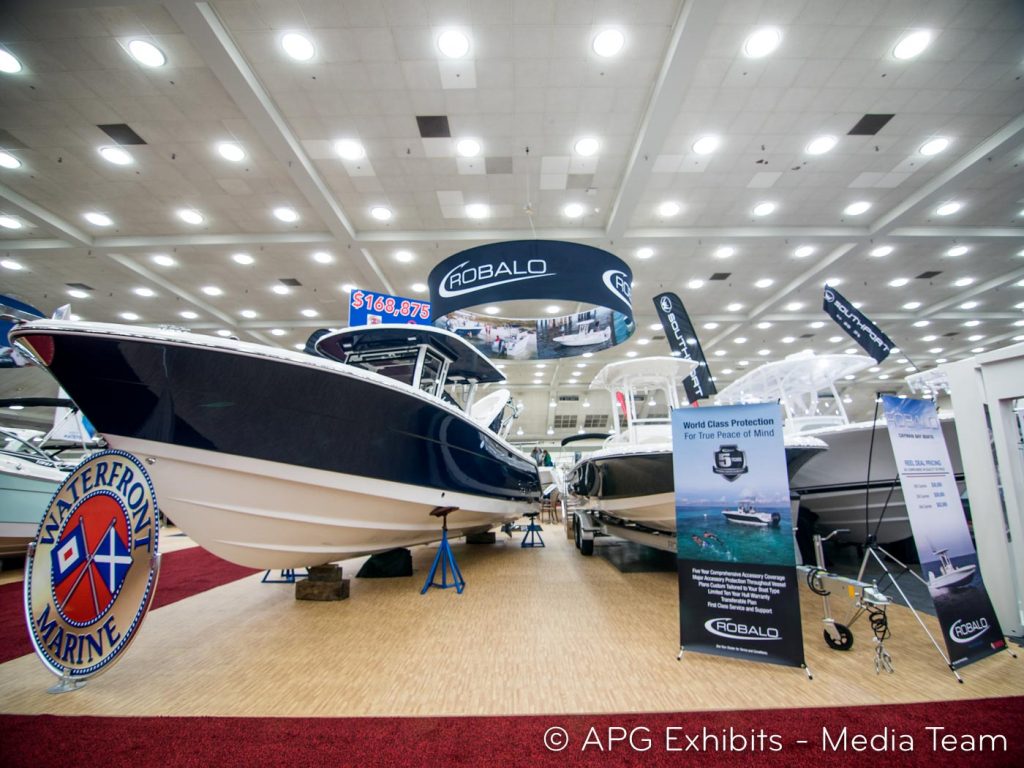 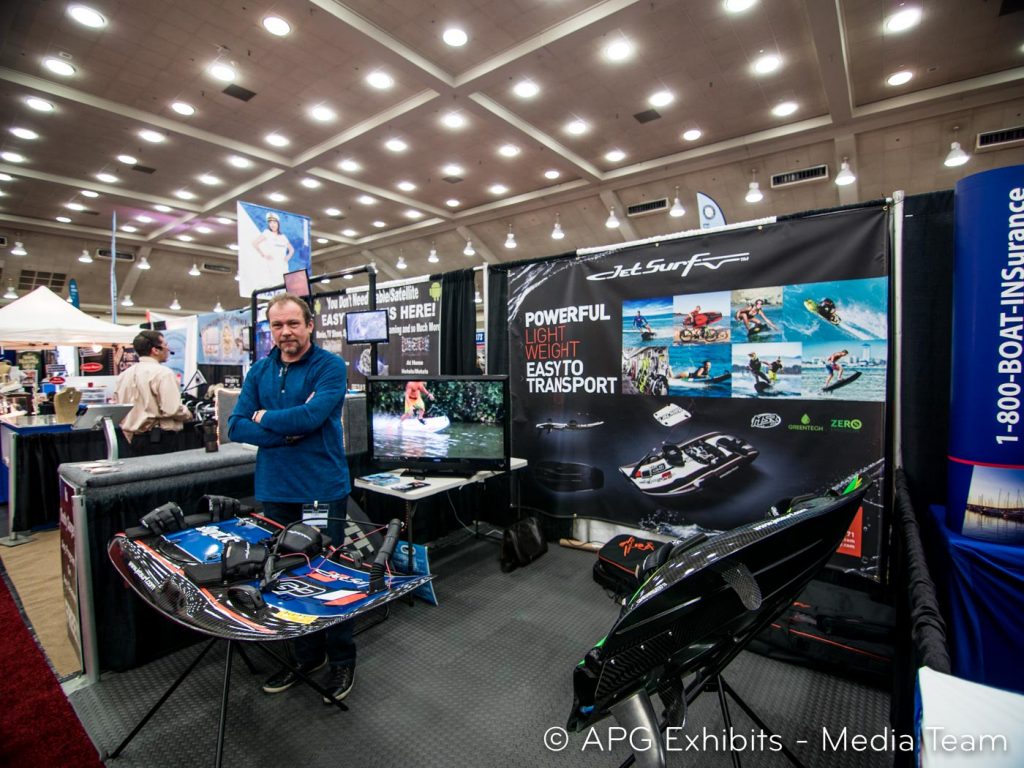 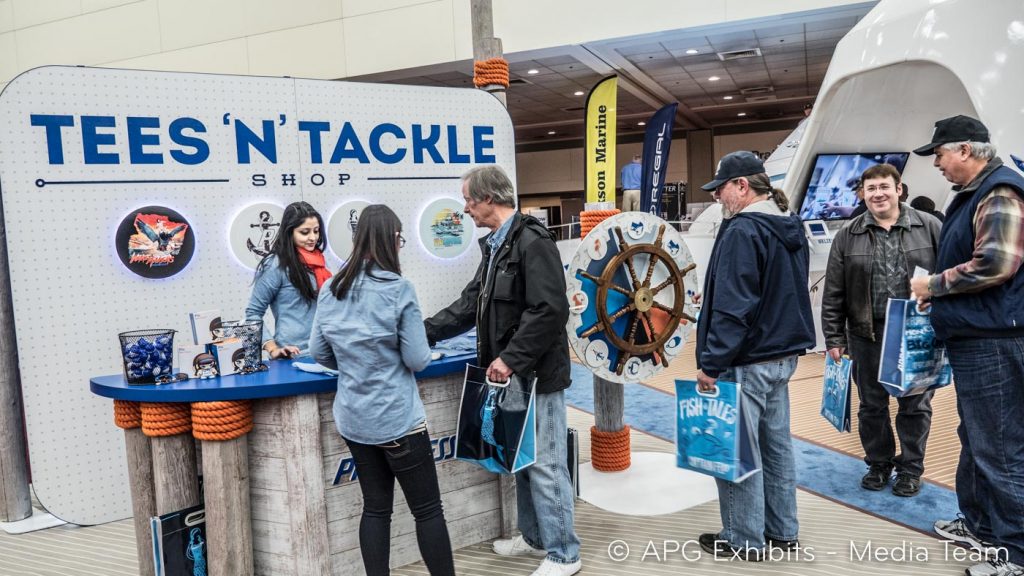 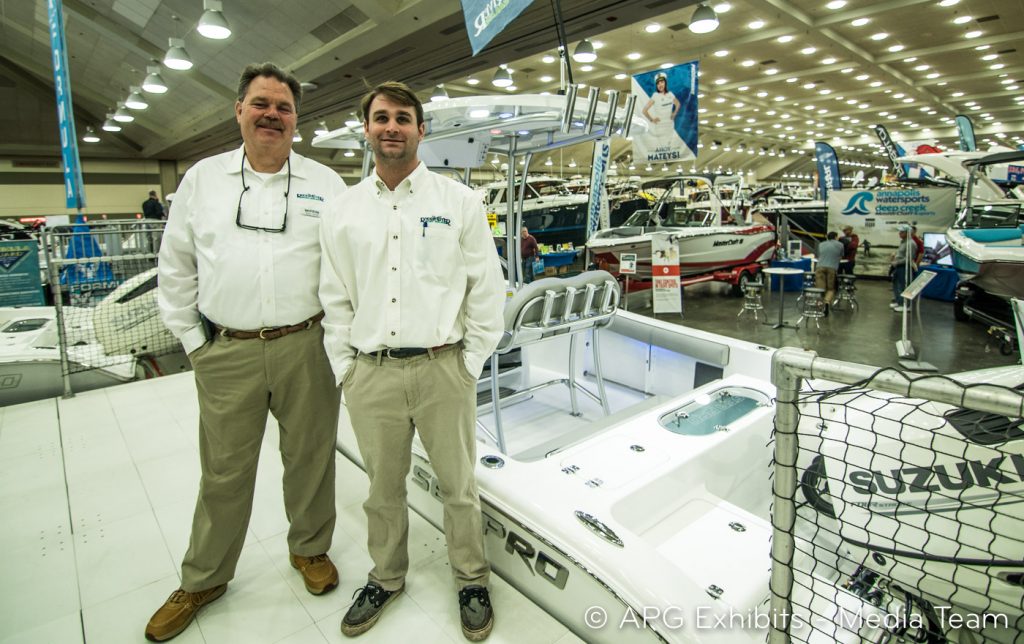 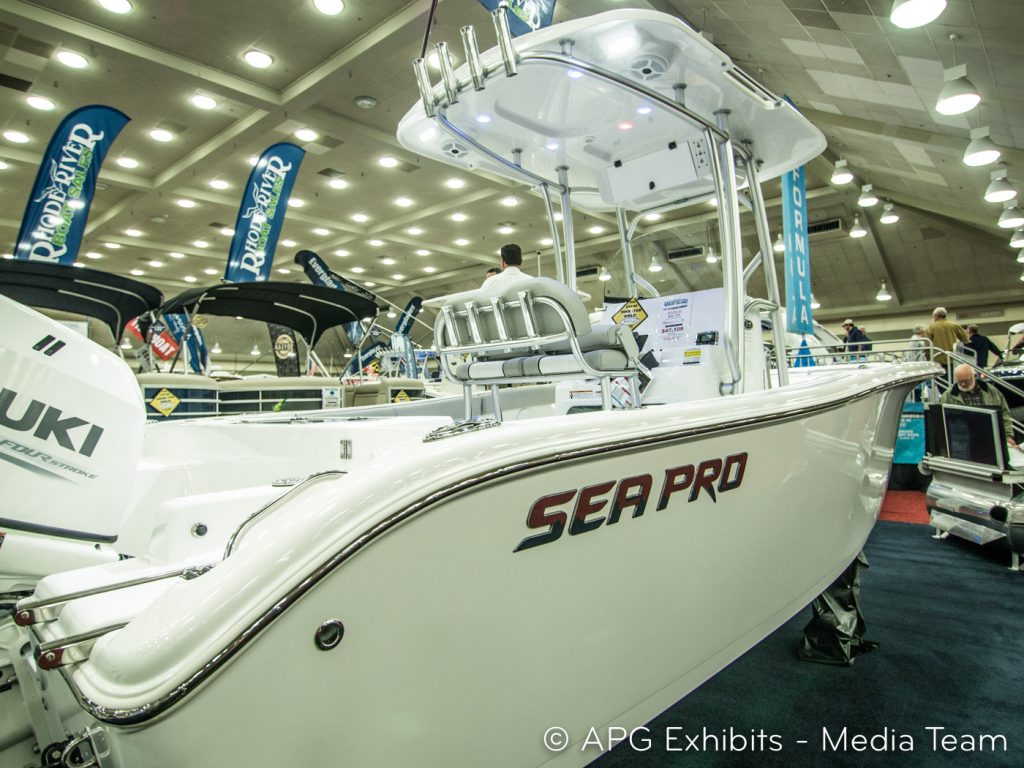 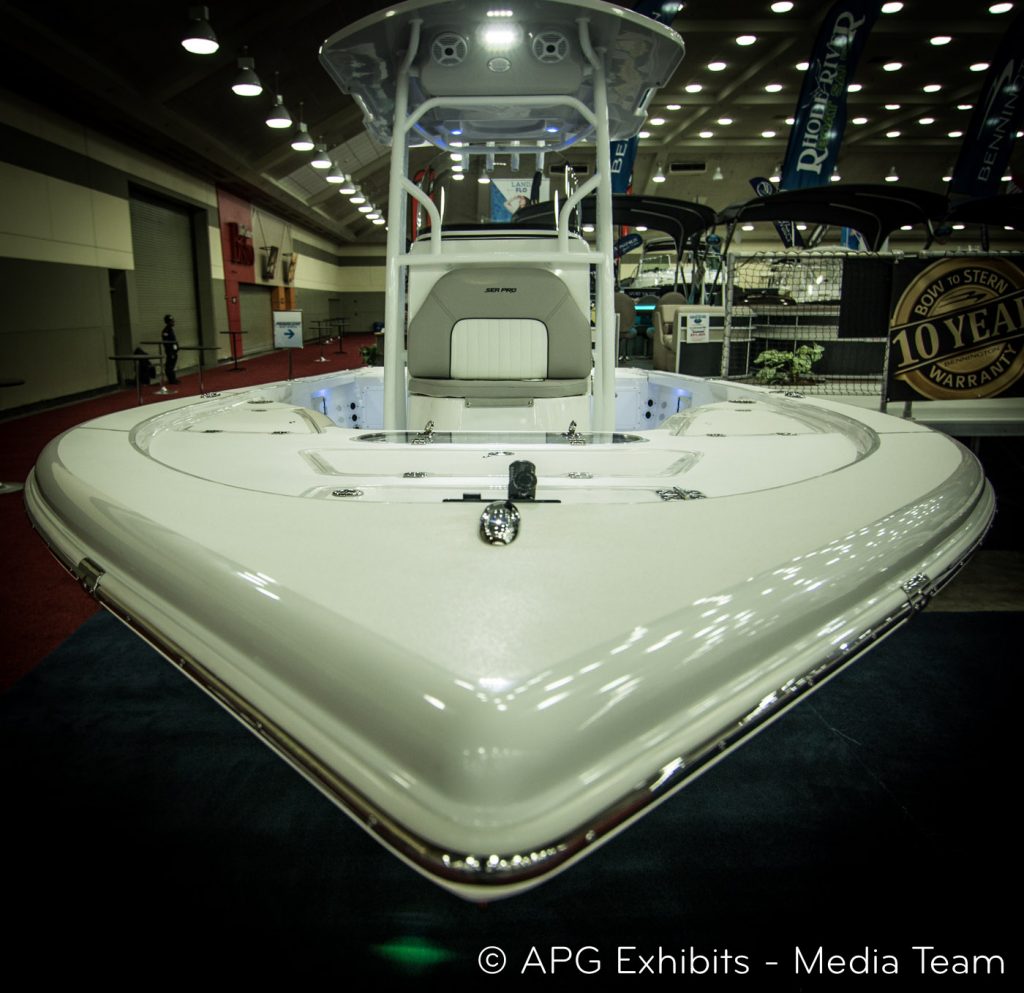 Produced by the National Marine Manufacturers Association (NMMA), the world’s largest producer of boat shows. NMMA is the leading association representing the $39.5 billion per year recreational boating industry. NMMA member companies produce over 80 percent of the boats, engines, trailers, accessories and gear used by boaters and anglers in the U.S. For more information about the NMMA, visit