Promotevents was on the scene in Baltimore for the 2019 Baltimore Boat Show at the Baltimore Convention Center! 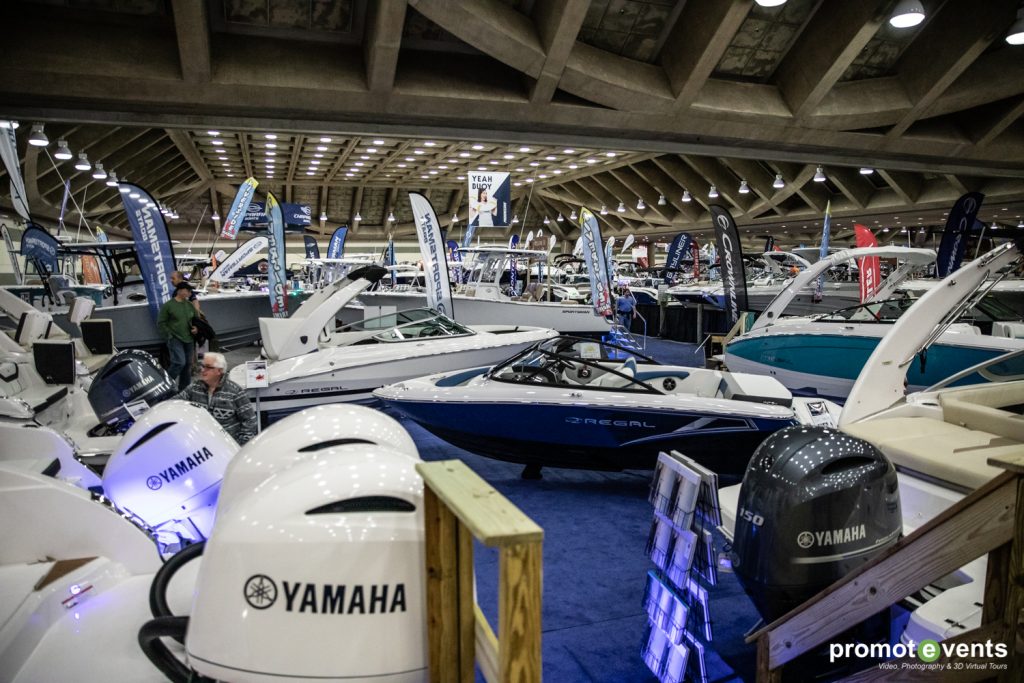 The boat show was once again a huge success. At any given time, the convention center was packed with hundreds of visitors from all across Maryland and beyond. More than 100 exhibitors were on site to sell, show, and teach about their boats and boating accessories.

There were also plenty of activities for children and adults alike! One of the most popular attractions was a remote-controlled boat featured prominently as you entered the convention center. There were of course boats of all sizes for patrons to climb aboard and check out. There was even a virtual fishing simulator.

More exhibitors than you might imagine at the 2019 Baltimore Boat Show were repeat vendors from previous boat shows. This show is a huge draw for local marine companies, of which there are plenty in the Maryland, D.C., and Delaware area.

“We’ve been at the Baltimore Boat Show way before I was working here!”

Promotevents caught up with a couple different exhibitors to see how they were doing at this year’s boat show. Most of the exhibitors we spoke with were returning exhibitors this year to the Baltimore Boat Show. Zach Smirnow of Backyard Boats says, “we’ve been at the Baltimore Boat Show way before I was working here! And I’ve been here five or six years.”Backyard Boats specializes in smaller watercrafts such as kayaks and canoes. “The Hobie kayaks are great for kayak fisherman. It’s hands-free kayak fishing – they’re great to just get out on the water and tour around,” says Smirnow.

Scott Lenox of Fish in OC was at the 2019 Baltimore Boat Show as well, selling t-shirts as well as other branded merchandise. Fish in OC is a marketing company dedicated to tourism and other related activities in Ocean City, Maryland. Lenox was highlighting the magazine that his company distributes at this year’s boat show.

“It’s 104 pages of all things fishing in Ocean City and tourism-related.”

The magazine, as Lenox puts it, contains just about everything you need to know if you’re planning to visit Ocean City, Maryland and want to do some fishing. “It’s 104 pages of all things fishing in Ocean City and tourism-related. We’ve got restaurants, hotels, motels, marinas – you name it, it’s in our magazine,” says Lenox.

Another Exciting Outing for Promotevents at the 2019 Baltimore Boat Show

We always have a blast meeting the folks that work for as well as attend the boat show – and this year was no different. Our thanks to everyone that stopped and chatted with us to share their thoughts. No matter the event, there is none better than Promotevents for all your video needs. Contact us today to see how we can help you document your next event!